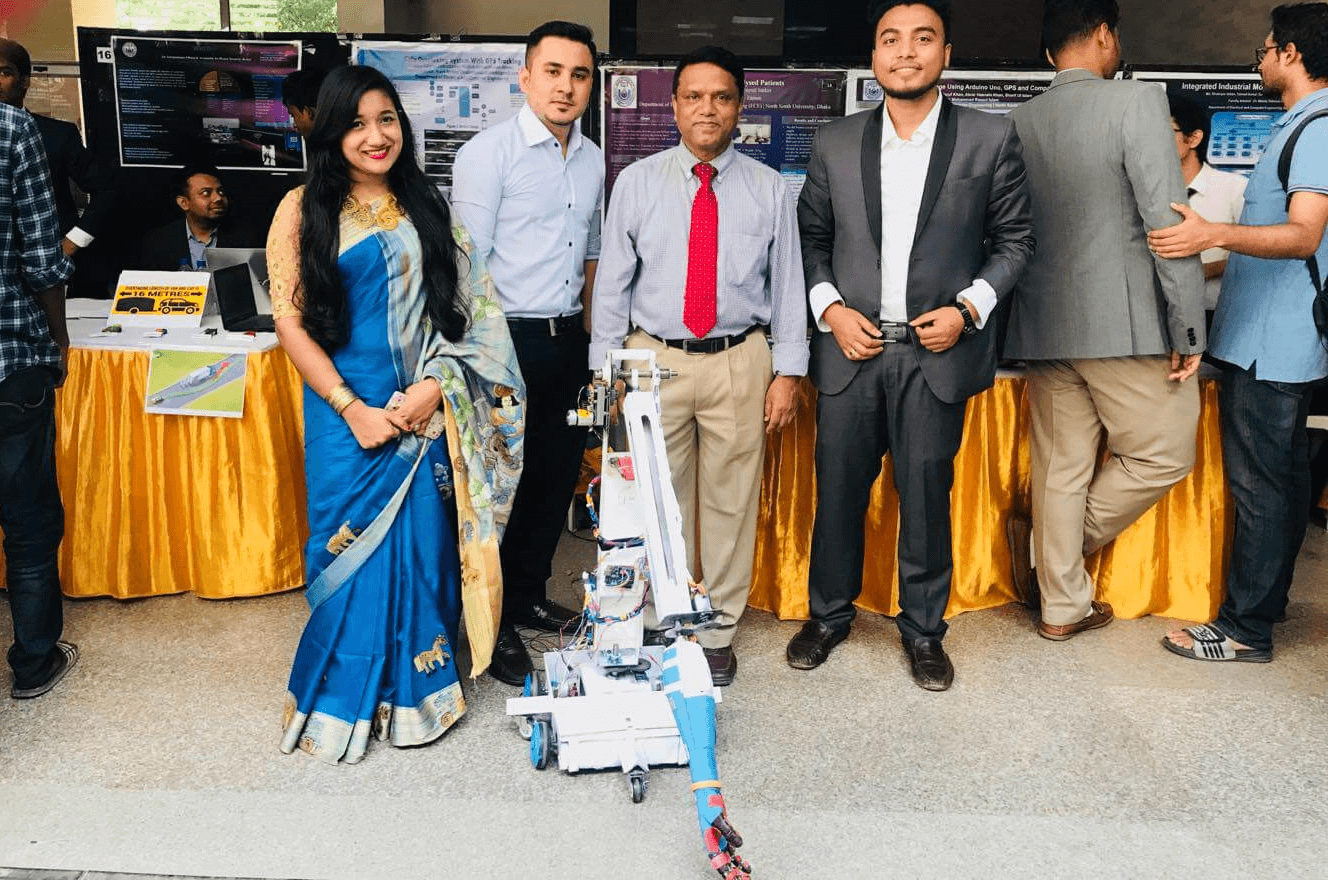 Moving from one place to another even inside the house, a paralyzed patient faces a lot of difficulties. Patients needs wheelchair and a guide to assist him/her to move around. Paralyzed patients becomes burden to their family because they need a person to help to bring a water bottle or some other stuff from the next room. In other words, he/she needs a person to help him/her do basic necessary indoor works. According to World Health Organization (WHO) every year, around the world, between 250000 to 500,000 people suffers from spinal cord injury caused by the road accident and many more health difficulties. And their numbers are increasing day by day. So, we introduced a robot that can help those patients to do their basic necessary household works such as bringing things from one place of the house to another, babysitting and cooking. The objective of this project is basically to give paralyzed patients some sort of comfort to their daily life by using a robot which is controlled by hand gesture wirelessly via Bluetooth. This robot can help those people who are paralyzed in the lower part of the body or physically weak.

This project has two parts, one is a robotic car and other one is a robotic hand. The robotic car carries the robotic hand. The robotic car is controlled by paralyzed patient’s hand gesture based on 3 axis accelerometers. By reading the hand gesture wirelessly the car can move in four directions forward, backward, left and right wearing a hand glove on the left hand. The transmitter circuit is put on hand gloves and receiver circuit is on car. When a patient moves his/her hand in different directions, different values compare by the comparator sending to the encoder to encode it and then transmit it via Bluetooth to the receiver end.

Other part of this project is robotic hand. The activity of robotic hand is similar to human hand. It has wrist degree of freedom and elbow degree of freedom. The wrist can rotate things and elbow can move things up and down. This robotic hand follows the command sent from the user’s hand wirelessly using gyroscope and flex sensor and accelerometer via Bluetooth. The transmitter circuit is put on a patient’s right hand glove and receiver circuit is put on robotic hand. The way user move his hand the robotic hand acts similar way by getting signal from transmitter to a receiver via Bluetooth. Combining these two parts together we made a robot so that it can help physically weak people especially paralyzed patients who can’t move their lower part of the body. It can also be used in military application, industry and so on.

Basically, it was my Senior Design project. I, along with my two groupmates, Nixon Dutta and Faysal Sarker implemented the project. The project was supervised by Dr. Hasan Uz Zaman. Our project won the second position in NSU ACMSC INNOVATION CHALLENGE SEASON 4. And our project work was published in International Conference on Advances in Computing, Communications and Informatics(ICACCI),2018.

Human, In a battleground with Human-made Machines